“Where’s the line to see Jesus?”

This music video featuring the vocals of Becky Kelley became an instant YouTube sensation two years ago when it was first posted, having since garnered over 3.8 million views. Kelley says that the song was inspired by and titled after what her four-year-old nephew asked her while they were waiting in line at the mall to see Santa. The music and lyrics were written by her father, Steve Haupt.

What if there really were a line to see Jesus at the mall every Christmas? Kind of a funny thought . . . 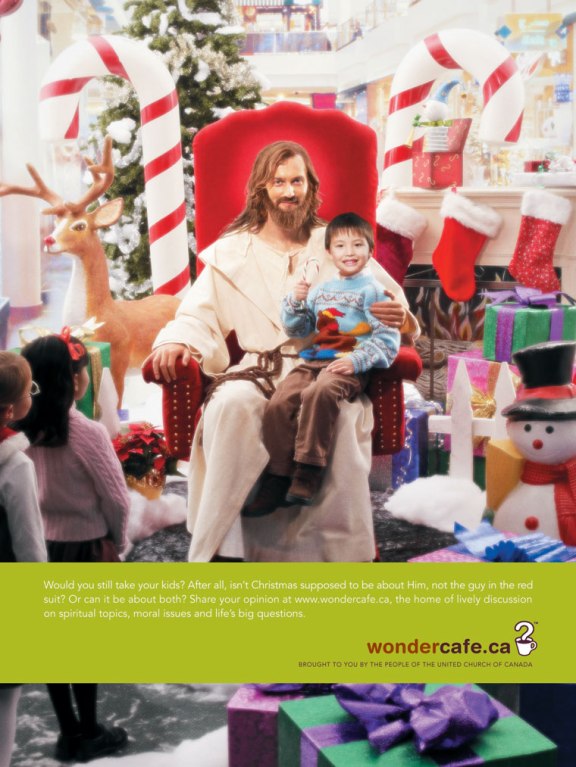 Advertisement put out by the United Church of Canada in 2006.

This entry was posted in Music and tagged becky kelley, kid on jesus's lap. Bookmark the permalink.