Beginning in the 1920s, the genre of the colossal Jesus statue emerged.  Currently, there are twenty-seven Jesus statues worldwide (that I could find) that stand over 65 feet tall, base not included.  Most of them are in Latin America, though none is as tall as the Buddha statues in Asia, which out-tower Jesus by several hundred feet.  Wikipedia provides a helpful chart and list that compare the heights of the world’s tallest statues.

Rio de Janiero’s Christ the Redeemer statue, highlighted above in blue, is undoubtedly the most well known of all the Jesus statues, it being the original and also situated in a beautiful landscape of mountain and sea.  It appears in the films Now, Voyager (starring Bette Davis); Alfred Hitchcock’s Notorious; Baz Luhrmann’s Romeo + Juliet; Rio; and 2012 (see trailer below; epic destruction snippet at 0:26).  It has also appeared in several TV shows and video games.

Christ the Redeemer has been declared a protected monument by Brazil’s National Institute of Historic and Artistic Heritage (IPHAN), and one of the New Seven Wonders of the World by the New Open World Corporation.  The idea for the statue was proposed in 1921 by the Catholic Circle of Rio, which solicited donations from Brazilian Catholic individuals and institutions.  In 2006, a chapel was dedicated under the monument, which allows Catholics to hold baptisms and weddings there.

For almost all the giant Jesus statues ever made, Jesus is given the same pose:  standing tall with arms outstretched—a symbol of peace, protection, and blessing.

Here I’ve compiled a list of just the top ten.  The order I use is based on statue height only, though you’ll notice that third place is a four-way tie.  The first number in the height field indicates the height of the statue, and the second number indicates the total monument height (including the pedestal and base).  The honor of “world’s tallest” is contested, because Christ the King in Poland has a ten-foot-tall metal crown attached to its head, which, if counted, gives it a six-foot advantage over Christ of Peace in Bolivia.

Apparently, though, a 134-foot Jesus statue is in the process of being built in Split, Croatia, which, when completed, will be the tallest Jesus statue in the world. 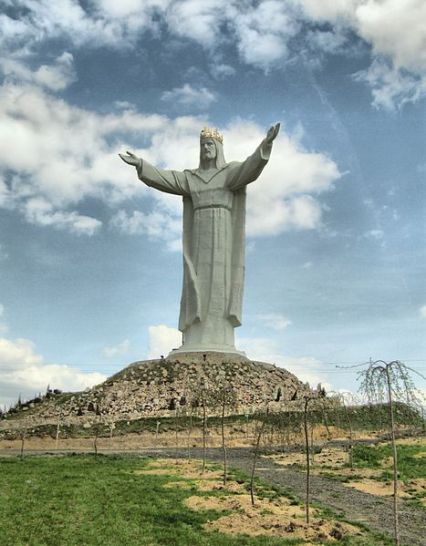 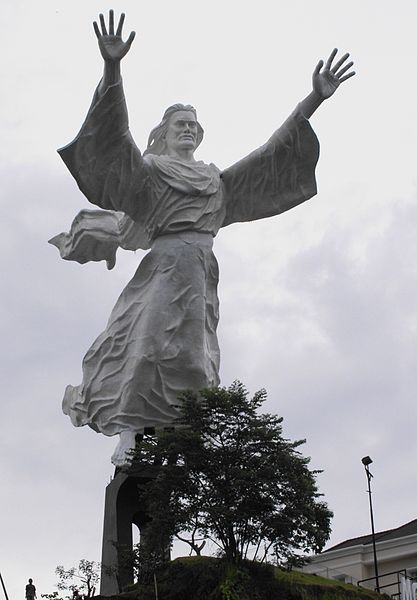 Inscription:  Torang Samua Basudara (“We are all brothers and sisters”) 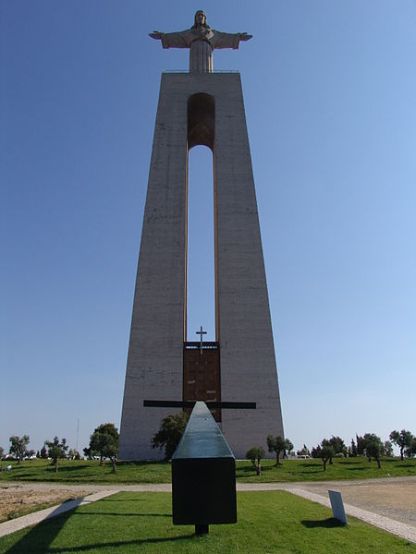 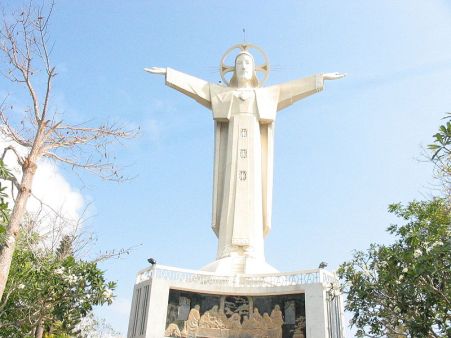 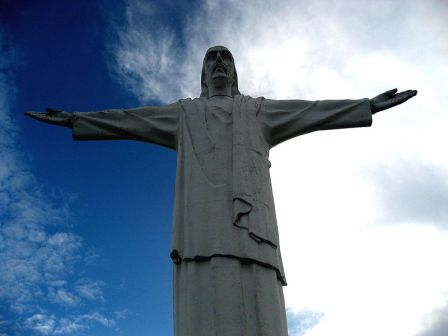