Contemporary Chinese artist Yue Minjun recently completed a series of six paintings depicting key events from the life of Christ, which are on display at The Pace Gallery in Beijing through July 16.  These paintings demonstrate a confluence of Christian iconography of the Renaissance with Yue’s own distinctive, parodic style—a style marked most often by iterations of the artist’s self-portrait, pink-skinned and sporting an uncomfortably large grin. 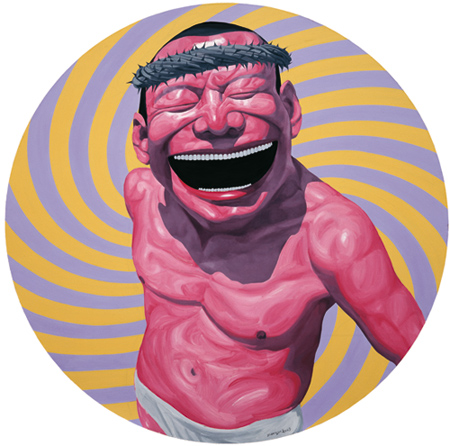 Art critics tend to refer to Yue as a “Cynical Realist,” linking him to China’s post-Tiananmen generation of disillusioned artists.  Yue said that the Tiananmen Square Massacre of 1989, in which hundreds of protesters were gunned down by Communist officers, shattered his patriotism and made him feel cheated.  Having just graduated from art school, he decided to develop a visual language to express his feelings of lostness and hurt.  He settled on a toothy cackle, a reference to the Laughing Buddha of Chinese folklore (who taught men to laugh at reality) as well as to the posters of happy, smiling citizens created during China’s Cultural Revolution.  The smiles are a trick, he said, to conceal the pain that lies beneath them.  “A smile doesn’t necessarily mean happiness; it could be something else,” Yue said through a translator in a 2007 interview with the New York Times.  One might laugh to hide one’s anger, for example, or to avoid conflict.  To save face in an embarrassing situation.  To scorn or mock.  Or to mask real feelings of helplessness in the face of life’s absurdity.  And so a common expression that at face value seems to signify a straightforward emotion becomes ambiguous and unsettling—grotesque, even.

“Laughter is a moment when our mind refuses to reason,” Yue writes on his website.  “When we are puzzled by certain things, our mind simply doesn’t want to struggle, or perhaps we don’t know how to think, therefore we just want to forget it.”

Four of Yue’s six religious paintings on exhibit this month employ his trademark laugh.  (The other two, which show an absence of human figures, continue his Landscape with No One series.)  They also hark back (mockingly?) to well-known European masterpieces. 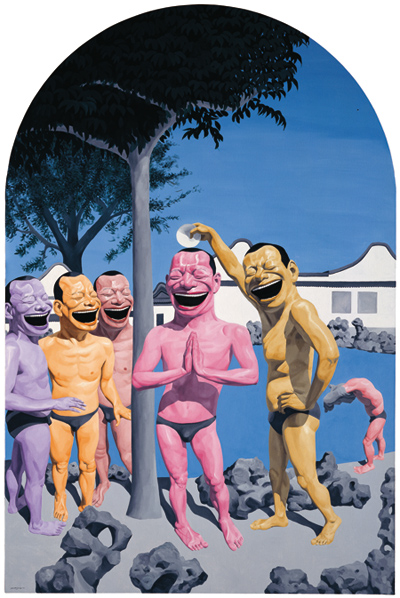 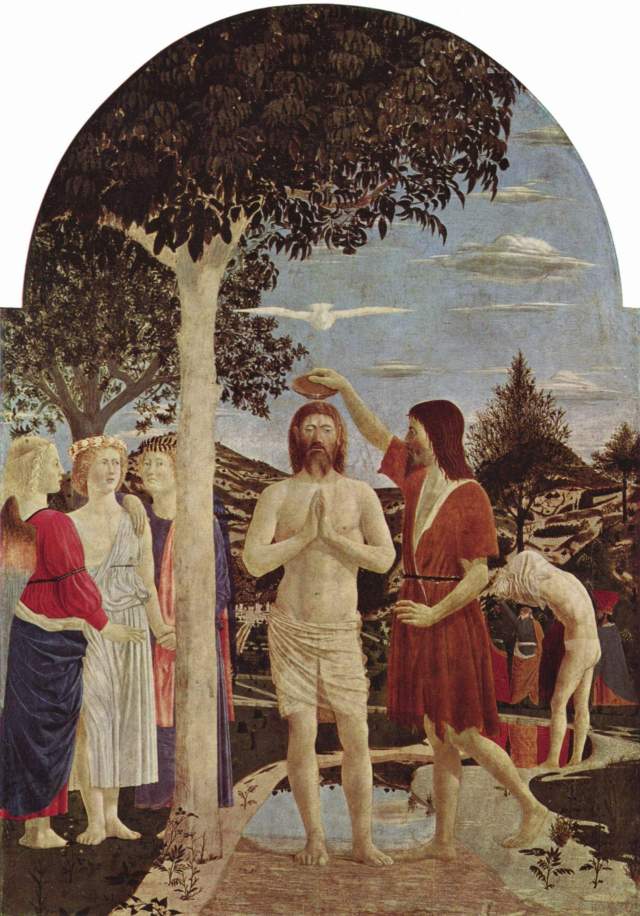 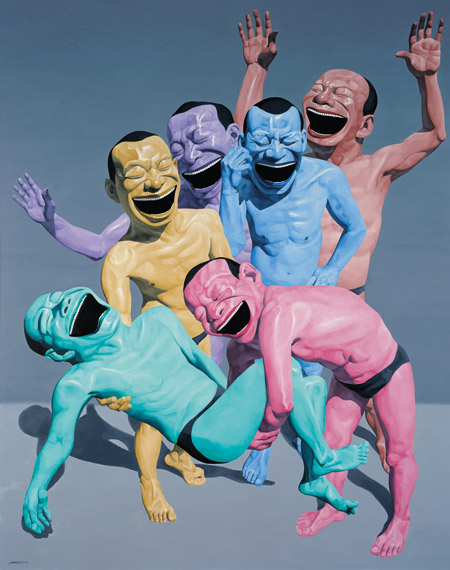 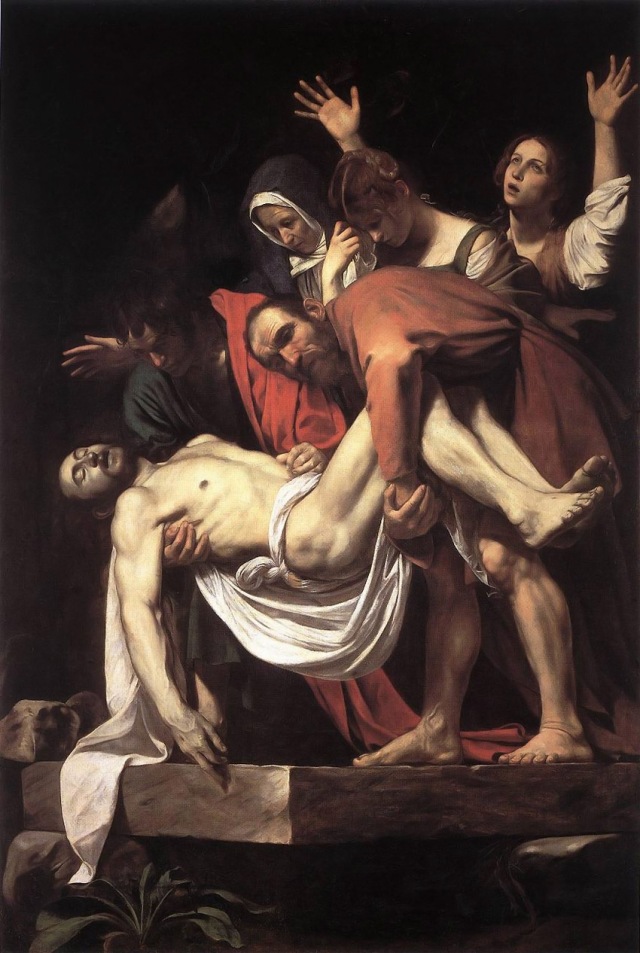 Yue has said several times in interviews that laughter serves multiple functions and that rather than taking on one overarching meaning, his work captures them all.  (He resists the label “cynical realist,” in fact.)  Some of his paintings are just plain silly and nothing more (depicting characters picking each other’s noses, for example, or performing acrobatics in outer space, or riding ostriches), and some, like Execution and his hat series, are meant to be read more seriously as social commentary or philosophical inquiry.

My question is:  By pulling Christian imagery into his oeuvre of cartoon-like faces and pop aesthetics, what exactly is he subverting?  The canon of Western art (which holds Renaissance works in such high esteem)?  Christian iconography?  Contemporary culture?  Religious power structures, or church doctrine?  Is he laughing at himself, at artists, at Christians—or all of the above?  Or is he just being playful?

5 Responses to Yue Minjun and the Maniacally Grinning Christ